Today I had a minor epiphany about staying present. The concept has become a critical part of handling stress and achieving peace of mind. It suddenly became clear to me that being present is actually making ourselves tackle the things that need doing that are right in front of us.

We've evolved beyond having to feed the chickens to keep them alive and us from starving, or harvesting our crops so they don't go to seed. So now we fail to see the urgency of handling mundane tasks on a daily basis.

In an era of convenience and incredible amounts of leisure time, we often find ourselves doing nothing important for a large part of our days. When we're channel surfing, watching random YouTube videos, scrolling through Snapchat or Facebook, what we're really doing is vacating. Too much vacating (even a couple of hours), and we've actually set ourselves up for stress and all kinds of problems in the near future.

Because when we're vacating, time evaporates, and we're not taking care of what's in front of us that needs doing. Things like....
Washing dishes
Folding laundry
Grading papers
Paying bills
Cooking
Writing
Studying
Reading
Playing with the kids
Communicating with other people in your environment
Working on a project 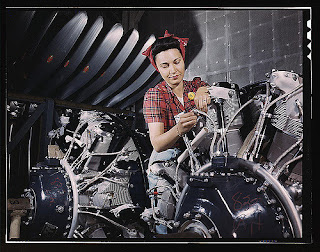 When we don't do these things as they arise, we screw things up because they pile up or suddenly should have BEEN done. Then we complain because we're all stressed out because:
the kitchen is now a wreck, and you don't have an hour to spend cleaning;
the laundry takes half a day or more;
the bills accrued late fees;
the health routine was blown eating cheap fast food;
the novel or article didn't get written;
the goal didn't get met;
the grading, shopping, reading, knitting, etc. didn't get done; and
the kids and spouse suddenly seem incredibly annoying.

What actually happened was we spent way too much time lost in TV land, cyberspace, or just farting around before we did the important stuff.

So staying present doesn't have to be as complicated as bringing our attention back to the moment and paying attention to our breath. It can start with looking around, getting up, and doing what needs doing. After that, we can vacate into cyberspace or TV land, and fart around as much as we like.

What are your thoughts? I look forward to hearing from you.