I haven't blogged for a while. I was about to feel guilty. Actually I've had low-grade guilt humming beneath my spirit for two weeks. My internal dialogue was running something like this: I have plenty to say, so why aren't I saying it? I'm slacking; that' s why."

But this morning, I stayed in the bed for a while and felt the weeks of over-activity weighting my body to the mattress. If we're lucky the holiday season brings gatherings, shopping, planning, and running around in crowds. If we're unlucky, it may bring sadness, regret, fear, and stress.

We can't beat ourselves up during a season that brings heavier loads. Some things will have to fall off until there's space on our wagons.

So my grounding tip this Christmas Eve is to keep your internal dialogue going in a positive way. We can't remember or even afford to give everybody a gift. We might not have the ideal circumstances with friends, family, money, or whatever. This might not be the happiest time of the year for you. That's okay. Lose the pressure. Life just is. It doesn't have to be any particular way. Do your best, and call it a day. And sometimes our best falls way short of our ideal.
Posted by Angela Belcher Epps at 7:25 AM 1 comment: Links to this post

My new and improved aging process!

In the book Younger Next Year, co-author Henry S. Lodge, M.D. states, "Some 70 percent of premature death and aging is lifestyle related. Heart attacks, strokes, the common cancers, diabetes ... and many more illnesses are primarily caused by the way we live. If we had the will to do it, we could eliminate more than half of all disease in women and men over fifty. Not delay it, eliminate it."

Is that not the best news you've heard all year? Americans have become pretty sickly. It's evident by the number of CVS, Walgreens, and Rite Aids at the major intersections. And their parking lots are rarely empty.

So here's my testimony of sorts:

Two winters ago I went to NY to visit family and friends. I'm not exaggerating when I say that a good 20% of my time was spent rummaging through luggage trying to locate items I'd packed. My brain fog was clearly at an all-time high, and my nervous system was definitely lacking some vital nutrients. My heart did a fair amount of palpitating, and my breathing was shallow enough to realize that I was probably oxygen poor. I shlogged (my word) through the vacation praying for the strength to survive it all.

Fast forward to two weeks ago. 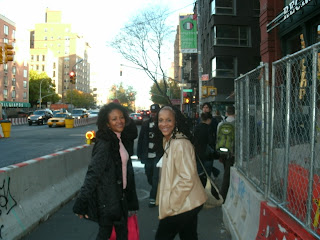 I took the same trip, with the same people, to the same four-family house in which I grew up. The only difference is that this past year, based on the advice of my naturopathic practitioner, I gave up sugar and processed carbs (I still get to eat rice and whole grains-- the best food group on earth!). I exercise more than I did (but not quite the 45 minutes, six days a week that the Younger Next Year authors emphasize).

This time I felt just fine. My mind was clear. My energy level was even. I enjoyed the crowds, the walking, the treks up and down the subway steps, the late nights, the wine, the chaos of preparing Thanksgiving food with loved ones. I realized that I feel MUCH younger now than I have for nearly a decade. I also realize that looking younger has become the feel-good accomplishment of our culture (and I don't knock that, because I certainly want to look good too), but if we don't feel good, the quality of our lives will be greatly diminished. Basically, we won't feel good enough to do the things that ultimately make us happy.

I'm ecstatic to announce that I feel a HECK of a lot younger than I have in a long, long time, and that is the key to some WONDERFUL milestones that I've met recently.... which I'll write about at a later date.... 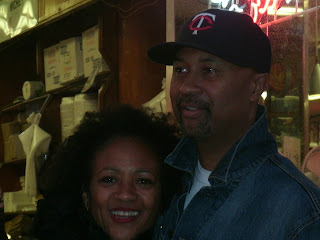