Love, choices and the power of parents

I'm working on the expanded version of Salt in the Sugar Bowl. So I'm thinking pretty hard about motivations, choices, mistakes, atonement, etc. Several weeks ago, a group of NC State students included me in a project focused on local authors. They asked me the following question:

What were you hoping Sophia Sawyer's actions say about women's role in society and in family life?

I think provokes thought about the extreme power of parenting. We're all on a journey, so there's no real "getting it right." And the sexual revolution that started in the 60s and 70s led to more options that are, historically speaking, still relatively new. So really we're just starting to understand and experience a lot of fallout from the choices that weren't always available to us. So I think we can learn from what we're seeing and start to tread lightly!

Sophia represents what happens when a woman doesn't know who she is, and she constructs a life based on pretense, superficiality, and the expectations of others. Instead of conspiring with her mother to meet the marriage milestone with a man who fit a certain criteria, Sophia would have fared better if she'd taken time to understand herself as an individual living in a world that offers many options. There is no evidence that Sophia actually knew Hunt enough to either love him or make an informed choice to create a lasting relationship and family with him. Their coupling focused primarily on the value of societally-established physical attributes. Had she developed greater self-awareness about her personality, strengths, and needs, the entire trajectory of her life would have been different. She  would not have married a man who'd been infatuated with her but didn't take the opportunity to actually know her or love her. And she would not have had six children who would ultimately be negatively impacted by her initial wrong move.

I hope she pushes women to think about the incredible power their life choices have on future generations. The actions of mothers (and fathers) set the stage for the issues that their offspring will contend with for perhaps decades, or even a lifetime. Nobody is perfect, and parents will do the best they can. In too many cases, however, impulsive decisions severely harm both parents' lives and those of their children.

So Sophia teaches us to
1) truly consider the relationships we sign up for, and
2) value our uniqueness because we are not cookie cutter, media-inspired creations who can live successfully by following a general script for life.

(Unfortunately, I ran into the following survey. Rather depressing, but I thought I'd include it to underscore the importance of choosing well.) Jeeze! 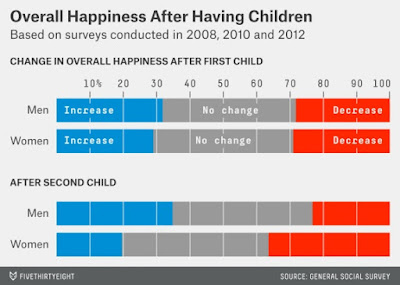 Haven't read my novella, Salt in the Sugar Bowl? You can still get a copy (and see what readers have said about it): http://tinyurl.com/mpsxpjd

If you've read it and have an opinion, take a minute and write a review. (I'd appreciate it!)

Posted by Angela Belcher Epps at 8:40 AM 3 comments: Links to this post

Start the new year without that awful codependence....

As we start plotting the course for doing things differently in the new year, I dissected one of the core tendencies that creeps up and consumes many people who have abandonment issues: Codependence. Codependence can take a fine life and tear it all to pieces. It can happen to anybody-- given the right suboptimal circumstances at a crucial stage of development. So to help both define codependence and provide some coping strategies, I'm quoting some valuable insights expressed by Dan Millman in his book The Life You Were Born to Live. The excerpt that follows is taken from the section titled "The Law of Responsibility."


"Those of us who feel a strong drive to support, serve, and assist others can, in our need to give, sometimes overcooperate to the extent that debilitates both us and those we serve. In extreme cases, this tendency to overhelp degenerates into codependency, where we lose ourselves in obsessive focus on other people's lives, pouring out without receiving in return. Codependents assume responsibility for other people's lives far beyond the normal duties of parents or friends or employees. They base their value, self-worth, and even their identities on their ability to help other people, always (rather than sometimes) focusing on others' needs before their own ....
The overcooperation that lies at the core of codependency involves a distorted or exaggerated sense of responsibility, leading us to try to "fix" others' mistakes rather than allowing them to learn from the consequences of their own behaviors. ...
In applying the Law of Responsibility, we support others, but we also accept support; we find a balance between what we think we 'should' do or be and what our heart really desires. We do what we can feel good about inside; if we don't feel good inside, we state our feelings and reach a compromise: I'll do this much, but you'll have to do the rest." That's the heart of responsibility and the soul of cooperation."

'nuff said! In 2016, give yourself permission to keep track of what you need to be healthy and happy!

And if your mind and energy is too often spent on other people's situations, remember something I heard a long time ago (can't remember who said it): When codependents die, other people's lives flash before their eyes. 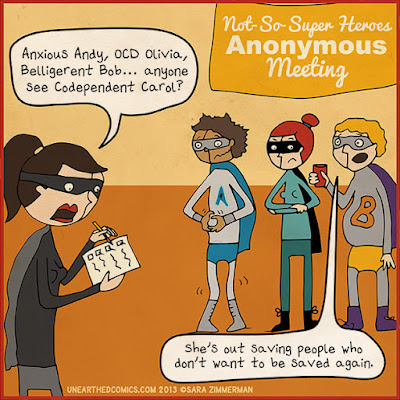